Being a diverse school that is rich with a wealth of cultures, languages are at the heart of Rushmore’s community. Learning languages helps to build bridges across different cultures and helps children to develop their understanding of the wider world.

The British Council has highlighted Spanish as being the most important language for people in the UK to learn. Spanish is the second-mostly widely spoken language in the world, ahead of English, with 400 million native speakers across 21 countries. Learning Spanish helps children to develop their cognitive and multi-tasking skills, memory, and also aids their understanding of their English language through comparisons of grammar, conjugations and sentence structure.

At Rushmore, Spanish is explicitly taught to children in Key Stage 1 and Key Stage 2. In the Nursery and Reception, the children sing Spanish songs with actions, at the end of the day, to ensure they are given some exposure to the Spanish language. In Key Stages 1 and 2, every class receives 30 minutes of Spanish each week, which is delivered by the class teacher. The scheme of work we use has been adopted by many primary schools across the borough.

“This Scheme of Work was originally developed in Enfield between 2005 and 2011 by a team of primary teachers, led by Jan Wilson. It was based around the original Key Stage 2 Framework for Languages, and took into account the QCDA materials. It has been extensively amended since the publication of the new Programme of Study for Key Stage 2 in 2013, and has been adopted as the Scheme of Work for the Hackney Learning Trust.  It is designed to be used by all those teaching Spanish at Key Stage 2, and to give additional support to non-specialist teachers and TAs, and adapted by schools to suit their own needs.”

To ensure there is ongoing, good progression in Spanish speaking, listening, reading and writing skills throughout the school, an MFL consultant from Hackney Education often works with the Spanish Lead.

Each term, parents and carers receive a curriculum information booklet for their child’s year group. The Spanish section outlines the main learning objectives for the term as well as key vocabulary that the children will be focussing on. It is really helpful if children could practise these at home to consolidate the learning that is happening in class.

The following websites offer a range of online games, activities and resources which can be downloaded at home:

Every year Rushmore celebrates Spain, and other Spanish speaking countries, by taking part in Spanish Day. The children are encouraged to wear red and yellow to school and take part in a range of cross-curricular activities, which are linked to the Spanish culture. Activities have previously included familiar stories being told in Spanish, making salsa and learning to flamenco dance. 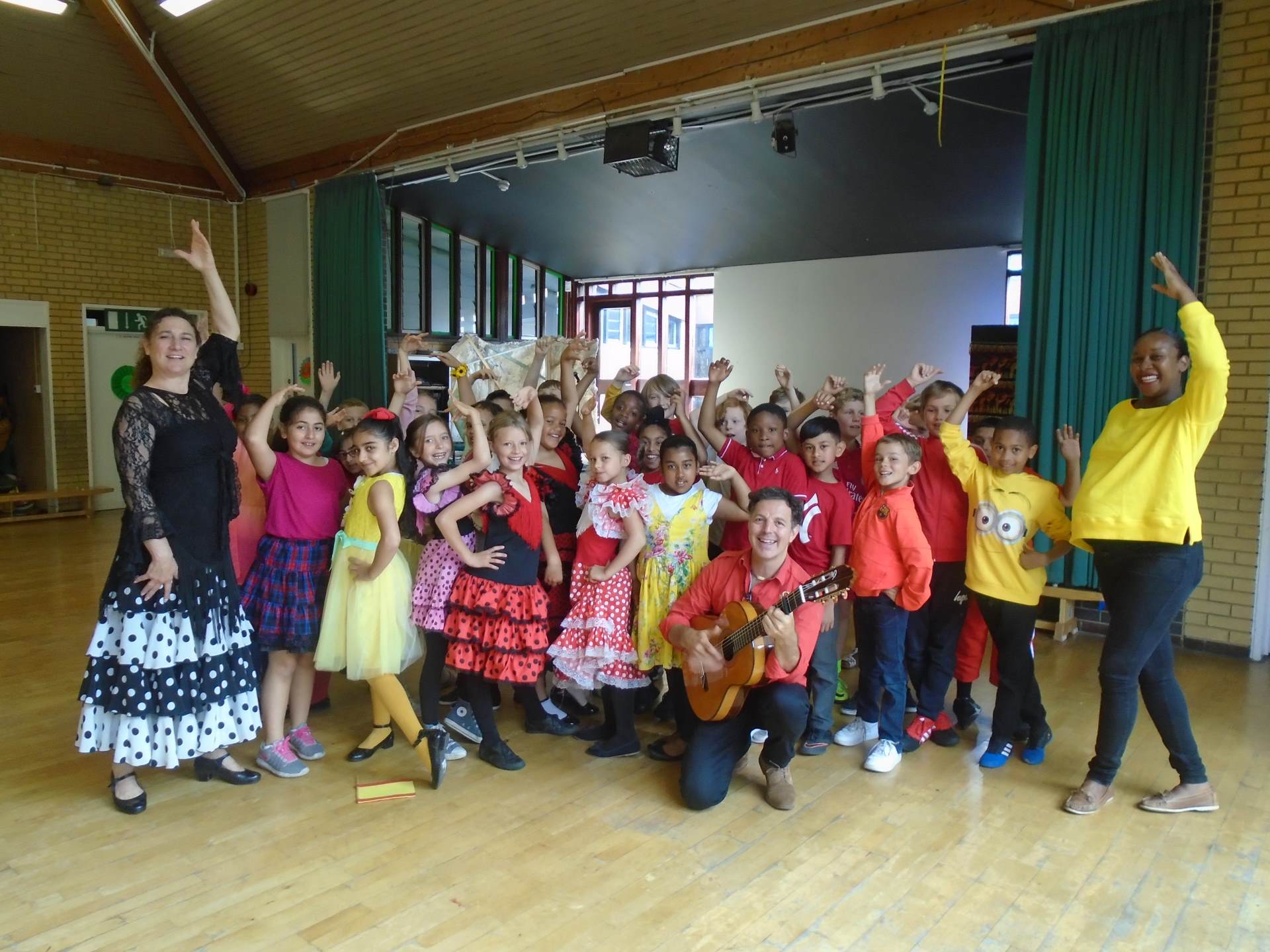